As we just returned from our last convention, we thought it’s time for an Aether Captains update. The factory completed the mini production and samples and already sent us some photos to preview. These are the original samples, but bare in mind we had the colors changed.  In terms of sizes and details and material the factory rocks! Check the minis here! 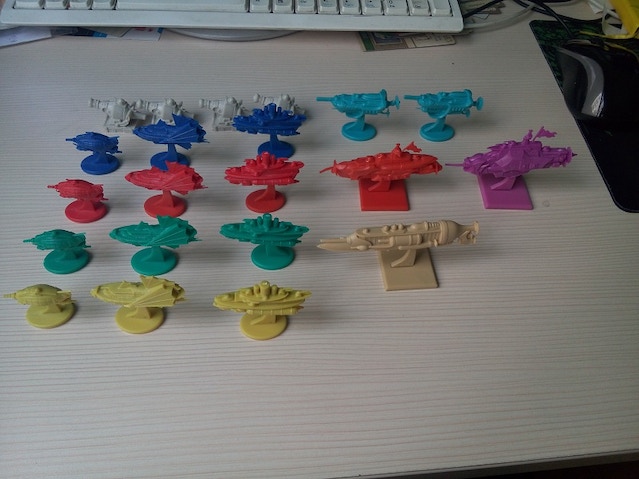 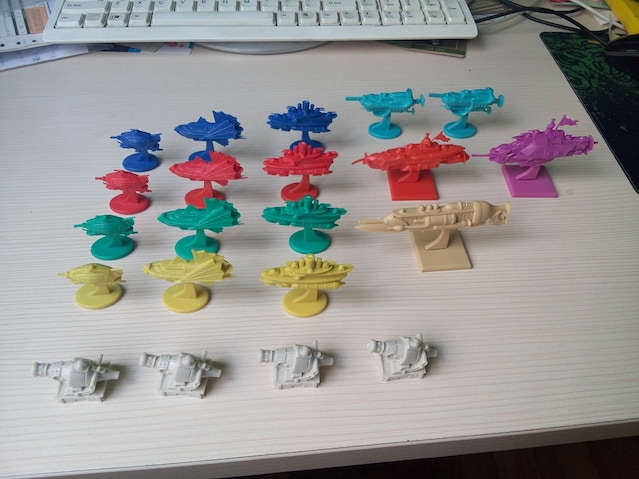 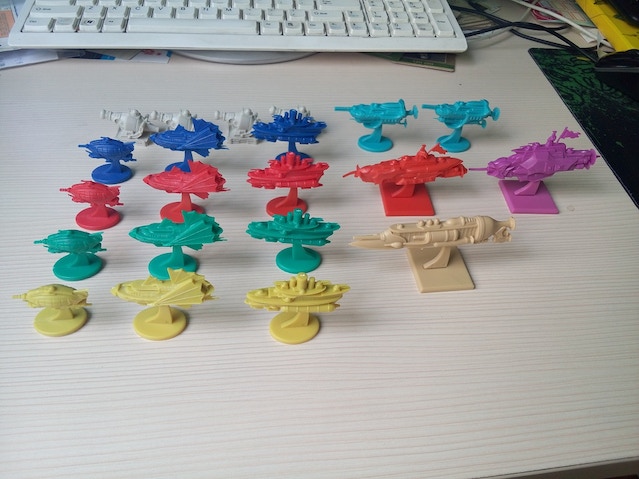 Regarding the dice, the production is moving perfectly and we will have the photos asap! We expect production to be completed by the end of the month. After that, we will have the shipper get the games to both our warehouses so we can start shipping. We will post the ship name and tracking number to watch its course as soon we get them from our partners.

During this month we will also try to have our unboxing video of the base game plus the expansion ready, so you will have the chance to see the game before you actually get it in your hands 🙂

Aether Captains is a steampunk themed, scenario-based, asymmetric board game for 1-6 players.

One player commands the mighty naval zeppelins of the Grand Compact: Dauntless and Dominion. As a Commander, you have been tasked by the Emperor to defend the Grand Compact and Arkady from the merciless sky pirates. With your staunch crew of steam welders, engineers, navigators and gunners, you fly with honor to confront the pirates threatening Arkady.

The remaining players command waves of attacking sky pirates, each with their own unique objectives which may pit them against any player when it results in the greatest profit for themselves. Infamous and feared, you have risen through the cutthroat cadres to become a War Captain. You swear to never rest until you control the skies and the Grand Compact falls!