The land of Arkady is now complete. Below you can see the final Arkady Tiles (coloring and size have been finalized) so you can have plenty space to place your components during the game: 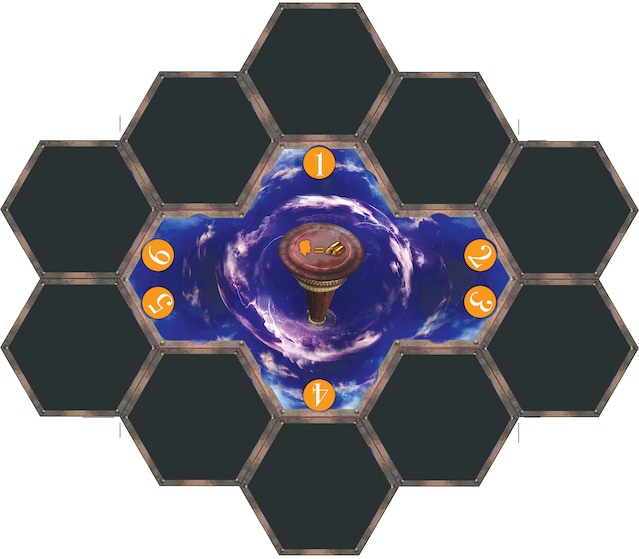 Movement is the most important aspect of the game since it is the fundamental means through which all ships get around Arkady and complete their Objectives. Remember, you must plan your strategy by being mindful of your movements. This is especially true for the Navy Commander since there will be several instances where any movement may be thwarted by the War Captains that dominate more areas of the board.

A War Captain starts the game from the entry point indicated on his or her Objective. The Navy Commander’s entry point is always the Northern-most hex tile. This gives War Captains measured distance that allows them to strategize their moves carefully during the first round. Movement is triggered by specific Action Cards: Move, which allows all ships to move once; and Double Move, which allows all ships to move twice during the same turn. These Action cards tied to specific ships, so each player must be careful how and when they trigger them. 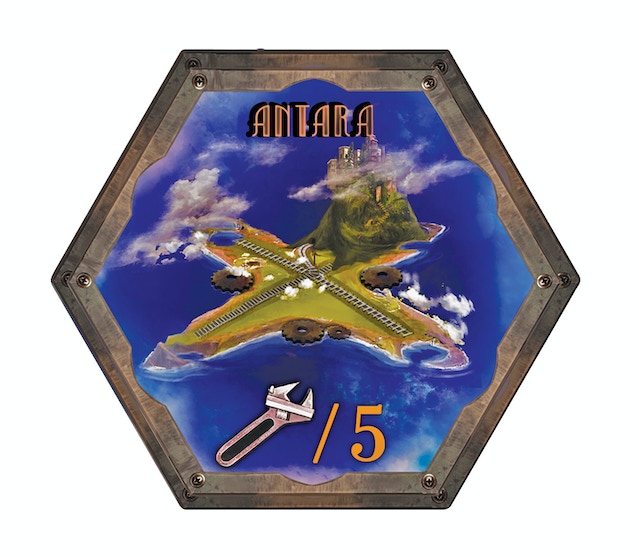 The land of Arkady is composed of Cities, Fields, Drop Zones and simple sky hex tiles. There are 5 different Cities in the base game: Etherton, Antara, Mavery, Perium, and Easley by the River. Each City offers a different resource. The Drop Zones are areas where War-Captains must transfer Crew Members and/or different resources. The Fields are areas inhabited by different, hostile groups who attack either the War Captains or the Navy Commander whenever either fly over their territories. Stops or passes through a Field Area, therefore, automatically incur one damage. The sky hex tiles are neutral areas and nothing happens when a ship moves through them, they just complete the Arkady skyscape. Thus, Arkady is thoughtfully composed to maintain a balance of distance and strategy that allow for fun, fair play for all.

Cities, in particular, are significant to War Captains for three reasons: 1) They offer resources; 2) they offer asylum to the War Captain ships, thereby shielding them from the Navy Commanders’ attacks; and 3) they help fulfill some Objectives, particularly when a War Captain is tasked with taking control of a city. 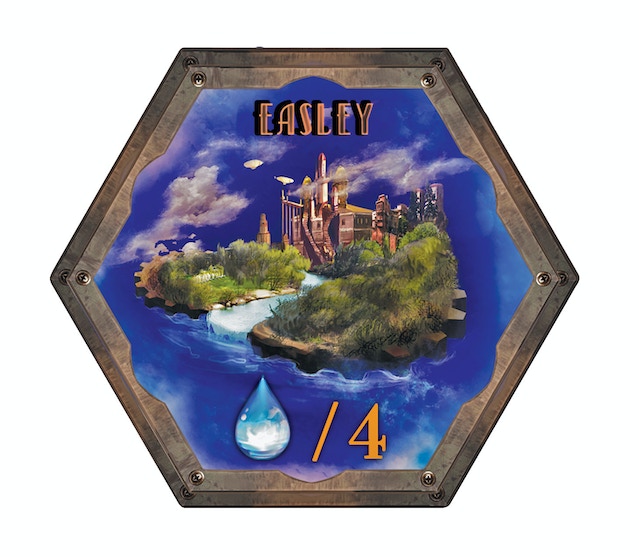 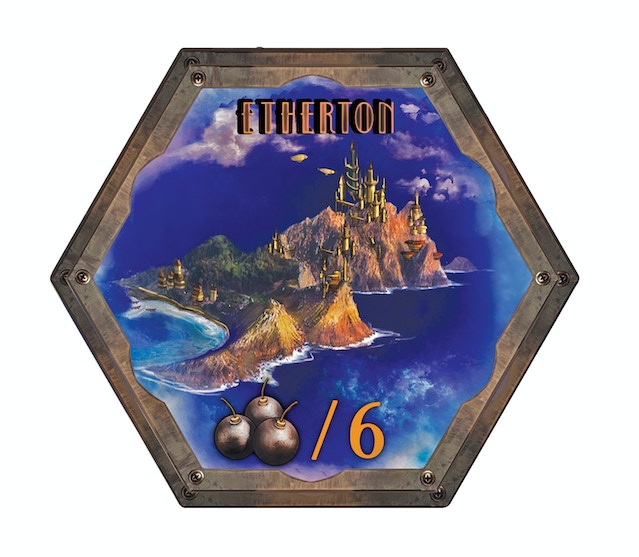 Each of these elements affects the game with varying effects. With competing forces and challenging elements, each player must strategize, move carefully, and attack wisely. While some of the distances may appear impossible, they are not. Each game runs about five to six rounds, and each game moves relatively fast. Player must, therefore, pay careful attention to each other since the setup of Arkady allows each player a fair chance to either meet their Objectives or destroy their rivals to win. 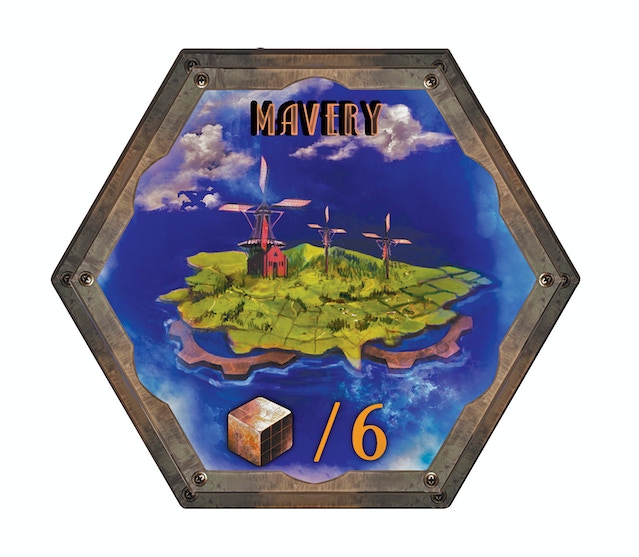 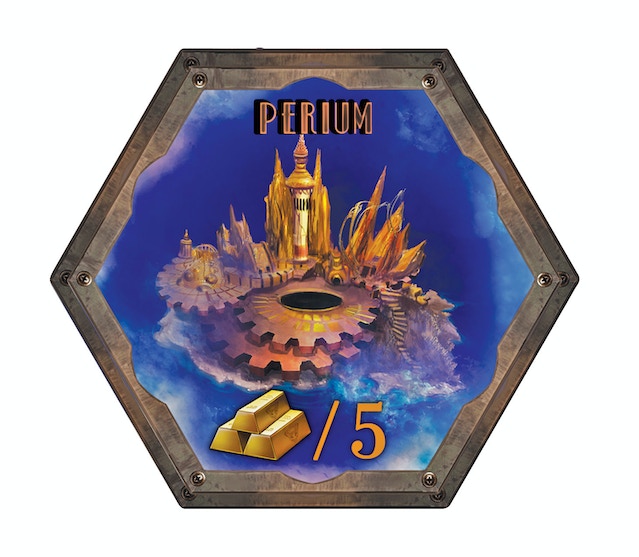 This is the northern most hex tile that you place it always on a specific position when you build Arkdady. You can also see the different directions. Based on the numbers you see you will be able to understand the wind direction in each round and how you must avoid it. All info will be included in the rulebook. 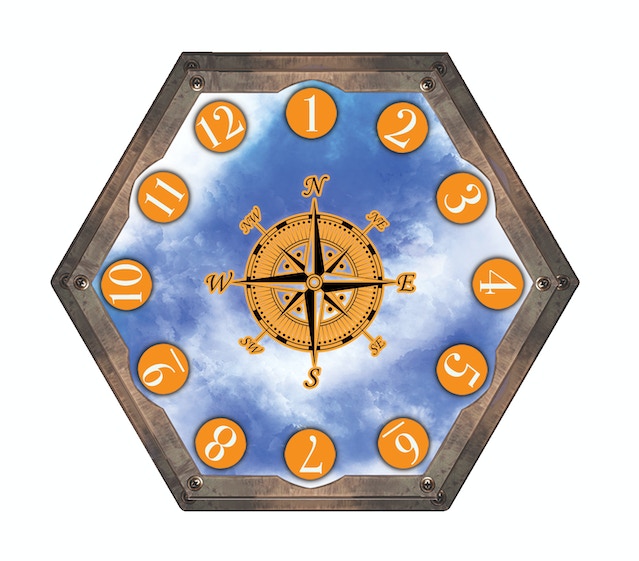 We have adjusted the final size of the hext tile for the game cause during our tests we detected that the original one had some issues and would not be a good fit for this game. The original size of the tiles was saving space on the table but it was making the game more difficult especially when ships, resources tokens, defence tokens, minis are on the same tile. Therefore we made few more prints and we ended up with the size we want. Imagine that the diameter of a tile is almost 9-10cm. 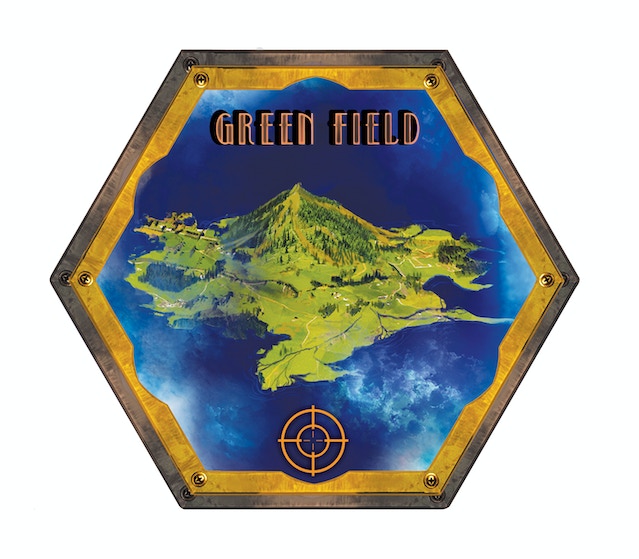 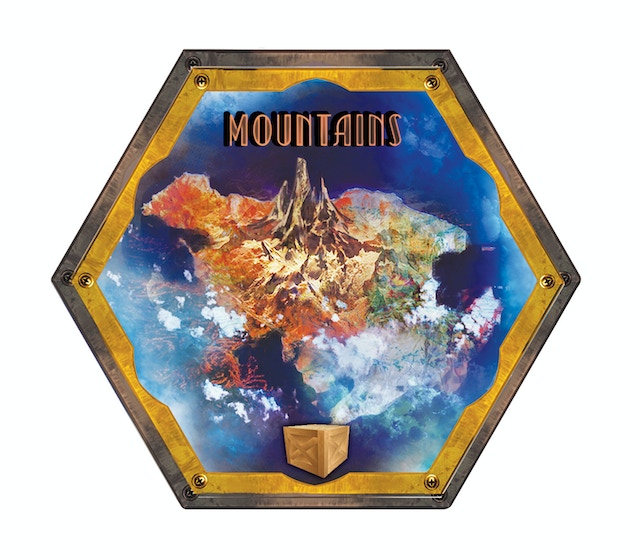 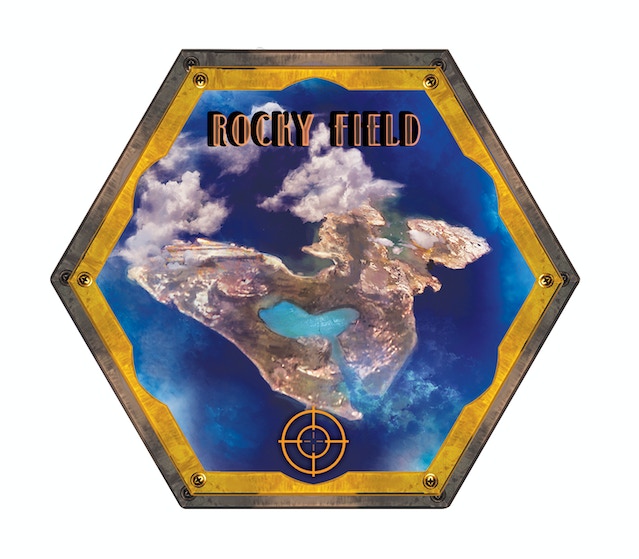 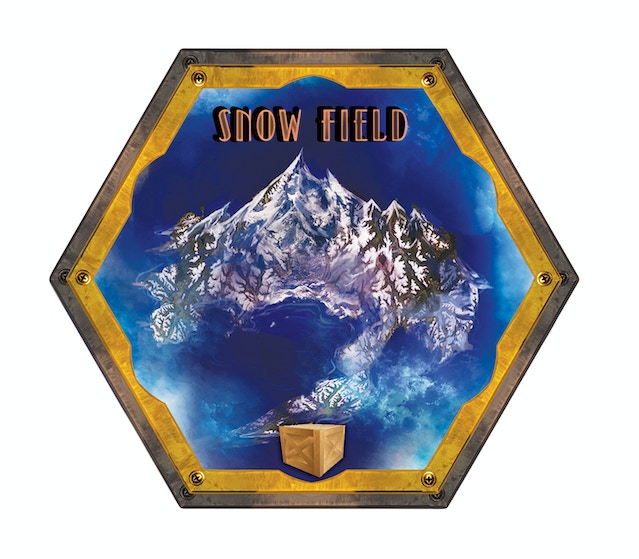 At the end of August we will know if the game will be ready or not since the modling process takes more time in order to get the ships-minis perfect at the endo. We wait info from the factory. In any case we will email those who are interesting for Essen pick up on time providing all the necessary info.